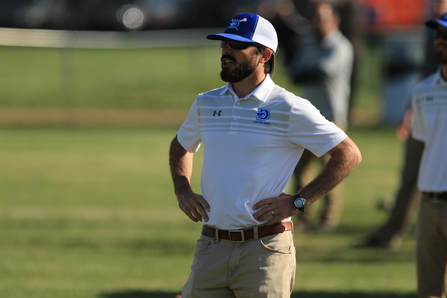 Pete Devlin - Varsity Head Coach
Raised in the lacrosse hotbed of Westchester, NY, Devlin began playing lacrosse at age 8 and has been playing and coaching ever since. Coach Devlin spent his high school years at Ravenscroft School in Raleigh, NC and was a standout athlete in lacrosse (4x All-State) and football (2x All-State). After high school, he continued playing both sports at lacrosse powerhouse, Gettysburg College. Playing on the nation's top-ranked team, under legendary coach, Hank Janczyk (2nd all-time NCAA wins; 2x DIII Coach of the Year), Devlin competed in 2 NCAA lacrosse tournaments before moving to Colorado in 1999. He served as an assistant coach at Colorado College for 2 years, helping the team achieve national recognition in Division III lacrosse. In 2009 Devlin joined the Dawson School varsity coaching staff as an assistant, and after 2 years he assumed head coaching responsibilities. In 2011 he took over 2-13 Dawson varsity team, and 9 years later he has a career record of 97-54, leading the team to the 4A State Championship at Mile High Stadium in 2016, 2017, and 2018. He was named the 2016 Colorado State Coach of the Year (CO Coaches Association, CHSAA, and NFHS), BoCo Preps Regional Coach of the Year (2013, 2016, 2017, and 2018), and 2017 Foothills Conference Coach of the Year. Devlin was appointed Head Coach of the 2018 Southwest Region Under Armour All-America Command team and he currently serves on the Colorado High School Coaches Association Executive Committee. As the founder and director of Elevation Lacrosse Devlin has coached hundreds of young athletes through numerous camps, clinics, and club teams, and continues to compete in various men’s leagues and tournaments. He has a BA in Communications from the University of Colorado, and a Masters degree in Education, specializing in School Counseling from Colorado State University. He currently works at Dawson School as the Associate Athletic Director and serves as the 7th grade Human Development instructor, teaching character education and helping students navigate the formative middle school years. He and his wife, Kate, spend much of their time with their daughters Peyton and Quinn, and enjoy skiing, biking, running, and hiking in the beautiful Colorado mountains. 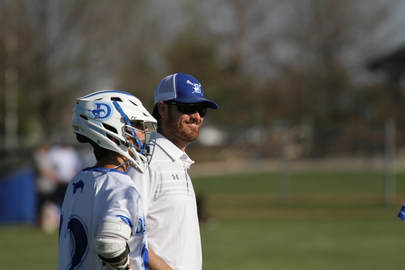 Charlie Sipes - Varsity Assistant Coach​
Charlie is a product of the Dawson lacrosse program. As a student at Longmont High School, he played on the inaugural Dawson team in 2003. In 2005, Dawson earned their first playoff berth under his captainship. He played MCLA club lacrosse at the University of Northern Colorado before returning to Dawson to coach in 2011. He currently serves as the Middle School head coach and as a varsity assistant, working with the defense. He has been twice named the 4A Assistant Coach of the Year (CO Coaches Association and CHSAA); first in 2016, and again in 2018. He lives in Lafayette, CO and works in Longmont where he owns and operates Blue Ribbon Farm with his family.